A couple of self portraits. The first one started off as a contour drawing:

This second one’s in a more conventional style. It has a distinct pout to the mouth. This was unintentional. 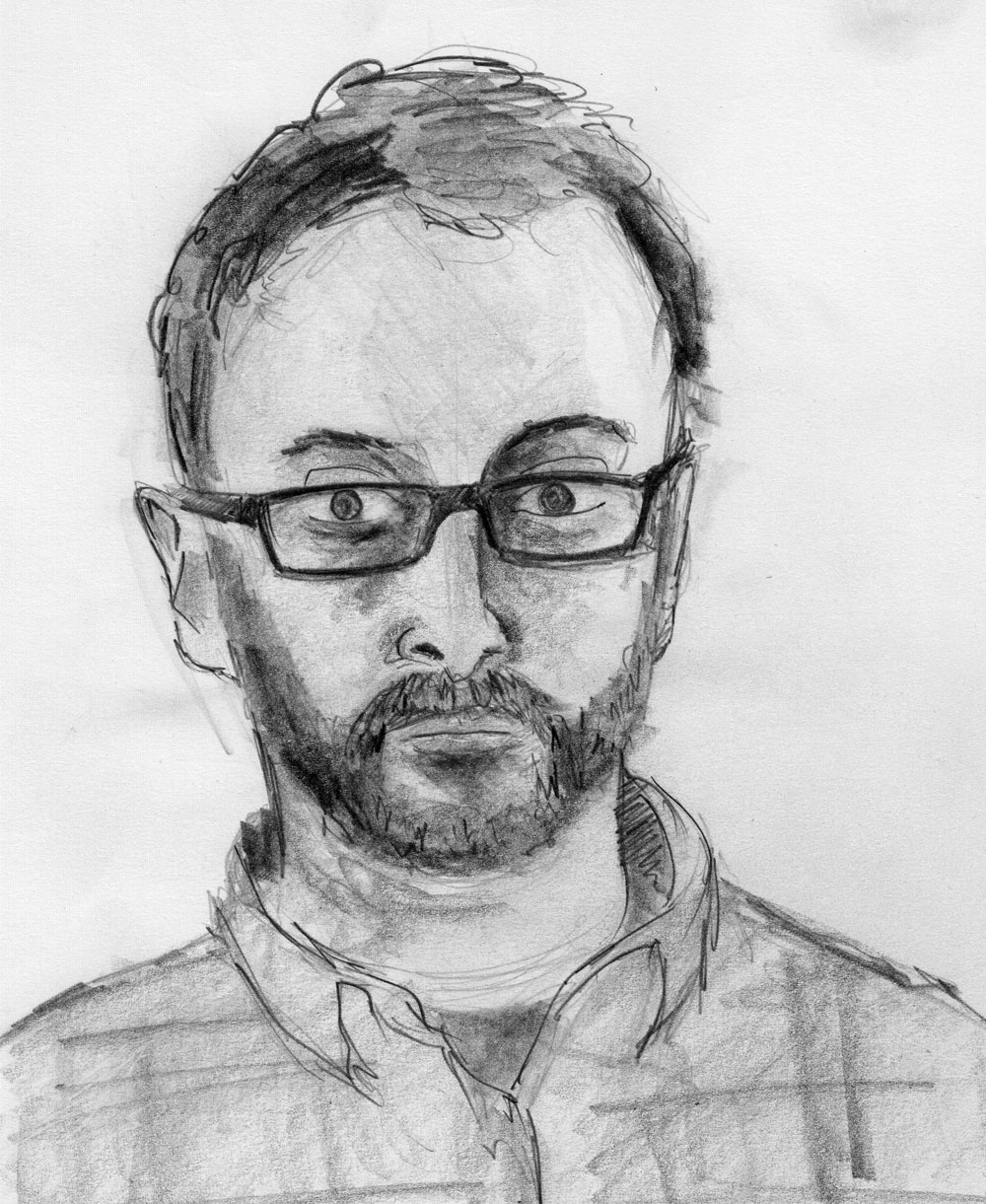 People are probably my favourite things to draw. The only problem with that is people aren’t things. What I mean is, they usually have an opinion about whether they want to be drawn or not. You can get around that by drawing from photos, but there’s something special about drawing from life.

You can draw people on the sly, but that’s not ideal. I never feel quite right about it. There’s something sort of rude about drawing people without their permission.

I went into Edinburgh Crown Court the other day and asked if I could watch a trial. They said sure. I asked a group of police if I could draw and they said probably not. “What are you, the art police?” I said. I didn’t really say that. I didn’t really get why I wasn’t allowed to draw, but the whole situation was kind of strange so I left.

Drawing musicians is alright in my book, because they’re on a stage. It’s not like they can complain about people looking at them. Still, in practice, they always seem a little weird if they notice me drawing them. Too bad mate. You’re on a stage. Get over it.

Life drawing classes and self portraits are the AAA gold-star rated cases where you can draw without fear of intrusion.

I suppose I could ask people if they mind me drawing them. The problem there is that they expect you to be good. If the drawing is awful, then they might wonder what you’re doing drawing strangers in public.