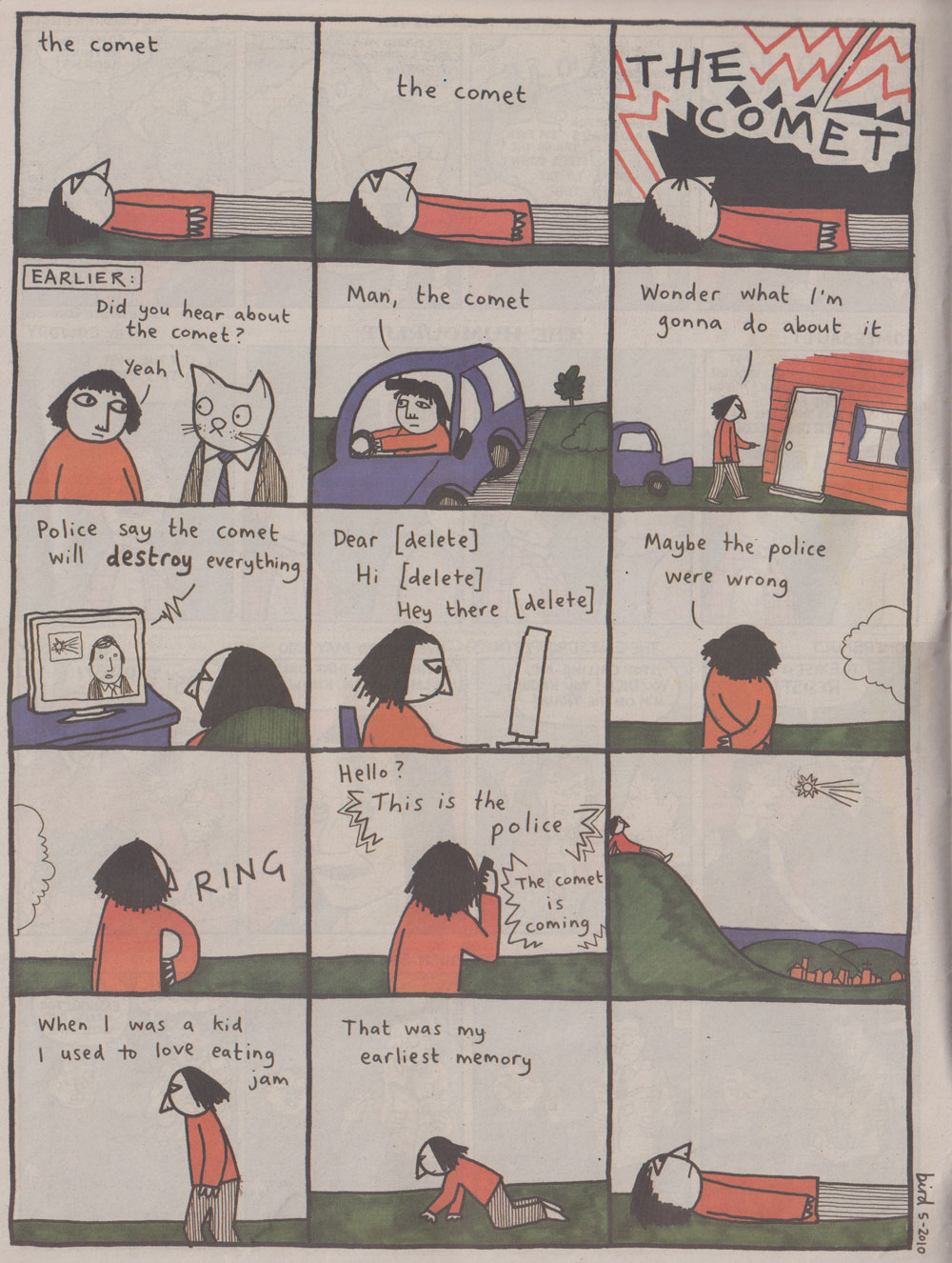 I drew this back in 2010 for issue 1 of The Comix Reader, a comics anthology edited by the cartoonist Richard Cowdry. We were both living in Brighton at the time. There was a good crowd of cartoonists living there and a vibrant comics scene to go with it. A bunch of us used to self-publish things and put them on sale in Dave’s Comics on Sydney Street. This was all very well but the numbers of comics sold tended to be pretty low. For me, anyway.

Richard Cowdry’s idea was to get everyone together, make a low budget anthology on newsprint and do a massive print run. I seem to recall he printed something like 9,000 copies of each issue. Each artist would get a page and you could do what you liked with it. In return for chipping in for the print costs, you’d get a pile of freshly printed newspaper comics to sell. I would sit in the Pavilion Gardens with a pile of them some weekends. People would happily part with £1 for something that was well-made, independent and very reasonably priced. Contributors took the comics to art fairs as well. Someone took a bunch to the Angoulême International Comics Festival, where the comics legend R Crumb was spotted reading it.

I heard this week that the Comix Reader got a shout out on this Avery Hill podcast (about 18mins in) during an interview with my fellow contributor Scott Jason Smith.

Then this evening I heard of a band called “The Comet Is Coming”. I wondered for a minute if they’d named themselves after my cartoon. A quick check of their Wikipedia page put this idea to rest. Apparently it’s the name of BBC Radiophonic Workshop piece.

The Comix Reader ran for about 6 issues in all. It was a good project and took a tonne of work to keep it running and distribute it. To be clear, I played an extremely small part in this.

Richard’s out in Berlin these days. You can keep up with his drawings on his Instagram page.